The Best Bow String Silencer: Which Should You Select in 2023?

Hello, folks! In this post, I'll be discussing bow string silencers: first I'll discuss why they're important, then I'll discuss how they work, and then I'll go over what I think are the best bow string silencers for compounds, recurves, and traditional bows. As I go over each product, please keep in mind---ultimately, it'll take a little homework to find the silencer that works for you.

Do I Even Need One of These Things?

Not technically, no---and very often, the best way to have a quiet bow is to make sure it's properly tuned.

But there are a few reasons why a string silencer can be an important asset, outside of the whole "stealth like a ninja" thing:

There are some drawbacks---silence usually comes at the cost of speed, and even the best bow string silencers do slow down your arrows down juuuuuuuust a little bit---but that's usually a fair trade, especially if you're hunting.

How Do Bow Silencers Work?

It's pretty fascinating, actually. The modern bow is a marvel of physics, and I love to think of it that way. Here's a quick run-down of the physics of a bow and arrow:

I'm not a scientist, and this is a rough-around-the-edges explanation of potential energy and kinetic energy, but hopefully it gets the idea across: when you release an arrow, most of the energy from the bow is transferred to the arrow, but some of it remains in the bow---and a bow silencer helps manage that remaining energy.

Alright! Now let's get to some of your options. 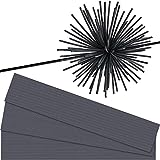 Perhaps the best aspect of this model is that it's waterproof---you won't have to worry about tapping it out, should moisture invade it (and that's the case with fur silencers, which I'll go over later).

Keep in mind, I have these listed as the best string silencer for recurves, but there are PLENTY of compound bow users who use cat whisker silencers on their compound bows. They're just one of my personal favorites for recurve bows, so that's why I've listed them here. 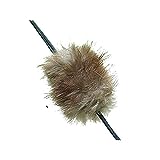 The Mountain Man Beaver Ball String Silencer is a favorite among many, many archers. I've heard some people say they look like cat toys, but other people feel like it's a more "natural" product, because they're made from genuine beaver hide. To me, they look pretty natural, in the same way that Native Americans have feathers and hide attached to their bows. As with many things in archery, whatever works for you is the way you should do things!

Anyway, these are a great option for both recurve and compound bows, although they're more popular with recurve users (hunters using a compound bow in cold or wet weather may find that they get wet or freeze). Still, they're tremendously popular, and you may see them at the range. Beaver balls tend to hold up just a little bit better than most cat whiskers, although, of course, YMMV.

One Additional String Silencer for Recurve Bows. I've listed it in the next section, but BowJax Dampeners are also great for recurves, especially if you don't like the size and shape of cat whiskers and beaver balls. The Bowjax Dampeners are much smaller than those two, and they can be a great option.

If you're not into the crazy dangly look of cat whiskers, the Bowjax Ultra Bow Jax II Dampener is a lot more sedate. These don't take up as much area on the bowstring, and that's a draw for a low of archers who want minimum distraction when they're drawing the bow.

These puppies are shaped like a skull-and-crossbones without the crossbones, and you attach them directly to your bowstring. If you've got a recurve, you can slip them on and adjust them by sliding up and down the string; if you've got a compound, you can use your bow press to set them up, or you can have your local archery shop handle that for you (and, if you don't want all the bother of taking your compound bow to the shop or putting it into the bow press yourself, you might want to try a monkey tail silencer, like the Mathews Genuine Monkey Tail Silencer. Those things have a lot of fans). 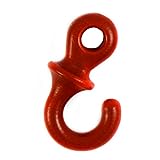 The Bow Jax Dampener quiets the string surprisingly well, especially when you consider that they use so much less material than your average cat whisker silencer. They don't last forever, and even though these can be used with recurves, they get my vote for best bow string silencer for compound bow, tied with... 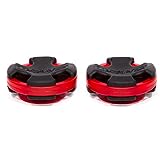 Perhaps the most easy-to-use silencer you'll find is the LimbSaver Broadband Dampener for Solid Limb Compound Bows. It's small, it's effective, and it's manufactured in a slew of different colors.

These are not technically string silencers---they connect to the actual limb (instead of the bow string) via an adhesive, but they're very effective---in my experience, they silence bow twang, dampen vibration, and don't obscure your view in any way.

I like this company and I've bought a number of products from them. Note that this is for solid limb compounds, and it will NOT work on split limb bows. If you've got a split limb compound, a good option would be... 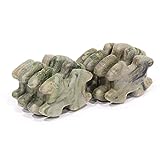 The LimbSaver SuperQuad Split Limb Dampener is another top-notch piece of equipment, and it's very similar to the product I just wrote about, but it's specifically manufactured for split limb compound bows.

If you're a compound bow user who is looking for an alternative to a fur silencer, this is a great option (plus it's camo, which is always a plus---I don't know why manufacturers don't simply offer every single piece of archery equipment in camo).

This one is a string silencer for a traditional recurve bow, and it's a little bit different than silencers for recurves: the Traditional Archery Recurve Bow Bowstring Groove Silencer doesn't actually go on the string; instead, it's a strip of fabric/padding placed right where the bow string meets the limb (both on the top limb and the bottom limb).

Because these go directly onto your bow, they're manufactured in a couple of different colors (black-ish, brown, and tan), to match the hue of your bow. They're incredibly easy to apply---simply take off your bow string, stick to the bow in the appropriate place, then use a bow stringer and re-string your bow, and you're good to go. The end result actually looks very streamlined, as if it were a normal part of the bow. If you're into the simplicity and not-overdone look of traditional bows, this can be a nice fit.

This is best for lower-poundage traditional recurves---once you get into higher poundages, you may want to check out silencers that actually go on your bow string.

If you don't want a silencer on your string, there's one more option for traditionals and recurves, and that's: 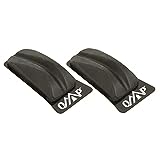 This is a similar concept to the last product I reviewed, but instead of a strip of padding, the OMP Remedy Treatment is a molded structure that sticks to your top limb and bottom limb and mutes some of the noise and vibration that occurs after a shot. If you want to avoid putting something on your string but want something more sturdy than padding, this is a good option.

Last Option: Make Your Own

If you're the do-it-yourself type, this can be a ton of fun. I've never made a string silencer, so I won't give any guidance here, but hop over to your favorite video sharing site and you'll find dozens of men and women who are getting very creative and making their own silencers.

As always, be safe! You'll be fiddling with the part of the bow that is most likely to hurt people---the bowstring---so you'll want to be very careful, and---the best advice my father ever gave me---don't do anything stupid.

As Usual, I've Surprised Myself with...

How much I have to say about string silencers! It's true, though---when it comes to bow strings, the common perception is that it's bow hunters who need them: after all, bow hunters take great care to camouflage their visual appearance, and they usually also want to camouflage the way they sound.

But that's not the whole story---target archers using recurve bows may want to check out string silencers, too. I've been at the range next to enough target archers to know that some of them have the loudest, twangiest bows you could possibly buy.

So which is the best? Honestly, I've found that most of them work pretty well, and most archers need to simply find what works for them. Good luck!