The Garmin Xero A1i vs A1: Differences, Similarities, and What the Features Actually Do

In the post below, we're going to look at the two bow sight models that Garmin currently makes: the Xero A1 and the A1i. Both are incredible bow sights, and we’re comfortable saying that they’re among the most capable bow sights you’ll find—but there are a few key differences between the two of them, and those differences are a little difficult to ascertain. 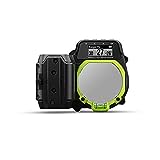 We'll try to keep our Garmin Xero A1i vs A1 post brief, because really, the two share more features than separate them—but those differences can make a big difference for certain archers / bowhunters, and because both the Xero A1i and the Xero A1 are really, really high-end pieces of equipment, you’ll want to know exactly what you’re getting. Alrighty, let’s jump in:

Let's Start with the Basics: The Features on Both Models of the Xero

Let's provide some quick baseline info before we get into comparing the two models. The Garmin Xero is basically a rangefinder and a bow sight wrapped into a single piece of equipment, and it allows you some incredible opportunities: once you spot your target / your game, you press a button on the model, and the Xero will measure your target’s distance from you, do some calculations based on distance, elevation, etc., and then display a pin in your viewing window. You aim by placing the pin over your target. It's amazingly simple, and here's a very quick video showing how it works:

You can get angle-compensated distance on targets out to 100 yards, and that's great for 3-D shooters, but it's even better for bowhunters shooting on uneven ground or from tree stands. It allows you scope game, measure its distance away from you, drop a pin on it at that distance, and then shoot. It saves you time, effort, and movement—no more rangefinders, pendulum sights, guessing which fixed-pin to use, adjusting single-pin sights, etc. The Xero takes care of all that for you, and this is true for both the A1 and the A1i. That main functionality is found in both models.

All these features make it, in our most humble of opinions, one of the top bow sights you'll find on the market today. It's got some things wrong with it—you can use the Xero and still be a lousy hunter or an unsuccessful archer, and we'll remind you about its negatives below—but as far as bow sights go, it really is in a class of its own, and with proper tuning and proper skill, it can be an incredibly powerful tool.

With that in mind, here's the other "baseline" thing you need to know:

The A1 is the "Regular" Model, and the A1i is the "Deluxe" Version

And you can keep that in mind when you read about their features below.

That said, they look very similar. Here’s the A1 (affiliate link):

And here’s the A1i (affiliate link):

In reality, both are pretty "deluxe," but the A1i has a few more features than the A1.

What the Xero A1i and the A1 Have in Common

> Both feature the "rangefinder + bow sight" design where you can aim at a target, range it, and then the pin will appear in your viewing screen;

> Both are good up to 100 yards, and you can sight in on targets up to that point;

> Both feature a "tunable brightness" capability that allows you to brighten or dim the digital pin in your viewing field—no more relying on fiber optic cable / rheostats to do that for you;

We think all of that is pretty cool, and you can read our more detailed thoughts in our more in-depth discussion of the Garmin Xero.

OK, let’s finally get to the meat of our Garmin Xero A1i vs A1 discussion:

The Differences Between the Two Models

We mentioned above that the "base" model is the A1. Here are the extra features you get on the A1i, along with some expanded discussion about each of these features.

The A1i Has "Arrow Profile" Settings

This is neat—the folks at Garmin figured out that many of us use arrows of different weights and configurations, and that whenever we do so, we need to re-tune the bow sight when we switch arrows. So they made a feature on the A1i that allows you to tune the bow for different arrows of different weights, and you can simply select the particular arrow you want to use, and the Garmin will adjust its ranging/sighting capability for the particulars of that arrow.

You need to tune the Xero for all these different arrow configurations, and that takes a little time when you first get the model, but it can save you a lot of time and effort as you continually use the bow sight. It's a fantastic feature if you want to switch from 3-D shooting to bow hunting, or if you're a bow hunter and you hunt different types of game, in varying weights and sizes, over the course of a hunting season.

The A1 only has the capability of recording a single arrow profile, so if want to switch to using a heavier or lighter arrow, you'll need to re-calibrate your settings. Not the biggest thing in the world—and it’s not a big deal at all if you only shoot arrows of a single weight, and there are a lot of deer hunters who do just that—but it's a really cool thing if you hunt different types of game.

Despite Being the "Advanced" Model, the A1i Can Be Easier to Set up

There aren't too many people who argue that the Garmin Xero isn’t a quantum leap forward in terms of bow sights (and, honestly, in terms of range finders!). We haven't run into them, anyway.

But there *are* a lot of people who complain that the Xero is difficult to set up. And... they're not totally wrong on that. It's not as hard as you would think, but it does take a little bit of effort.

Here's a video showing you the process—it's not really that much different than setting up a regular bow sight, but there's a "digital" aspect to it that some folks may find a little disorienting:

Remember above, when we discussed "arrow profiles"? That's a really cool feature, but as we mentioned, you need to enter each of those arrow profiles into your Garmin. So, if you reaaaaaaaaally hate the set-up on the Garmin—and again, we truly don't think it's that bad, but we imagine there are folks who won't like it—then entering all those arrow profiles into your Xero is probably a drag. The nice thing is, though, once they're in there, you're good to go. That means you have to set up it up fewer times than you would have to if you were using the A1.

The A1i records some neat metrics, and it can tell you your bow level at the moment of your release, how much your bow vibrates right after completion of the shot process, and a few other things. Pretty cool.

The A1i Has a Mode Called "Laser Locate"

This feature is also pretty cool: it tells you where your game was standing when you released your arrow (or when you ranged it), thus allowing you to go to the exact spot where you (hopefully!) made contact with your quarry. That can save you a lot of time, and it can help you on your search after arrow release.

Important note: You need a separate Garmin GPS device to utilize this functionality, so it doesn't come with the A1i, but it's part of the functionality and difference from the A1, so we thought we'd mention it.

Last but not least...

You Have Different Two Pin Colors on the A1i

On the A1 (the regular model) all the pins are in red, but on the A1i (the advanced model), you can choose between red pins and green pins. That’s nice.

Do I Really Need the A1i over the A1?

Every bowhunter's needs are different, but in our most humble of opinions... no! Not really. The A1 has plenty enough features for most bow hunters who are interested in this sort of high-end tool.

But, if you'll be sticking to one or two types of game in a season—and it seems like that’s what most bowhunters do—you probably don't need that functionality, and the A1 would probably be fine. The A1, on its own, is still a pretty incredible leap-forward in terms of bow sight functionality.

Remember, Despite All the Praise We're Heaping on the Xero...

It's not perfect. It's head-and-shoulders above the rest, but it's got some limitations. Both models of the Xero can't range through impediments, so if you spot game behind leaves, or in a morning mist, or behind a bush, you won't get an accurate reading, and you'll need to switch to the multiple-pin setting.

Also, both models are electronic devices, so you need to constantly be worried about running out of juice, and that's something you never, ever need to do with a non-digital sight (plus, cold weather zaps battery power pretty quickly).

And when you think about all the tech involved in the viewfinder of both models of the Xero, well... that can make you a more bashful hunter, especially if you're a spot-and-stalk sort of hunter, because you do *not* want to ding that thing up. It won't work at all if you break the viewing pane. It’s rugged and it’s built for rough weather, but safety of the viewing window is definitely something we think about when we’re trudging through the muck and the mire.

And, finally... the Xero can't help you know the woods! If you don't know your game, and you don't know your hunting environment, and you don't have the skill to harvest quarry, well... all the gear in the world won't help you! Archery and bowhunting are, and always will be, a pursuit based on practice and skill. High-end gear will never change that, and the Xero—both models—can only help you aim. They won't make you a more patient, more skillful, more insightful bowhunter. That's up to you.

All that said… the Xero is still pretty darn cool!

Wrapping Up the Garmin Xero A1i vs A1 Comparisons

Alright, we hope this helps a bit. As archery geeks, we absolutely love high-end gear like this, and it was fun to discuss. Good luck to you, and happy + safe hunting!